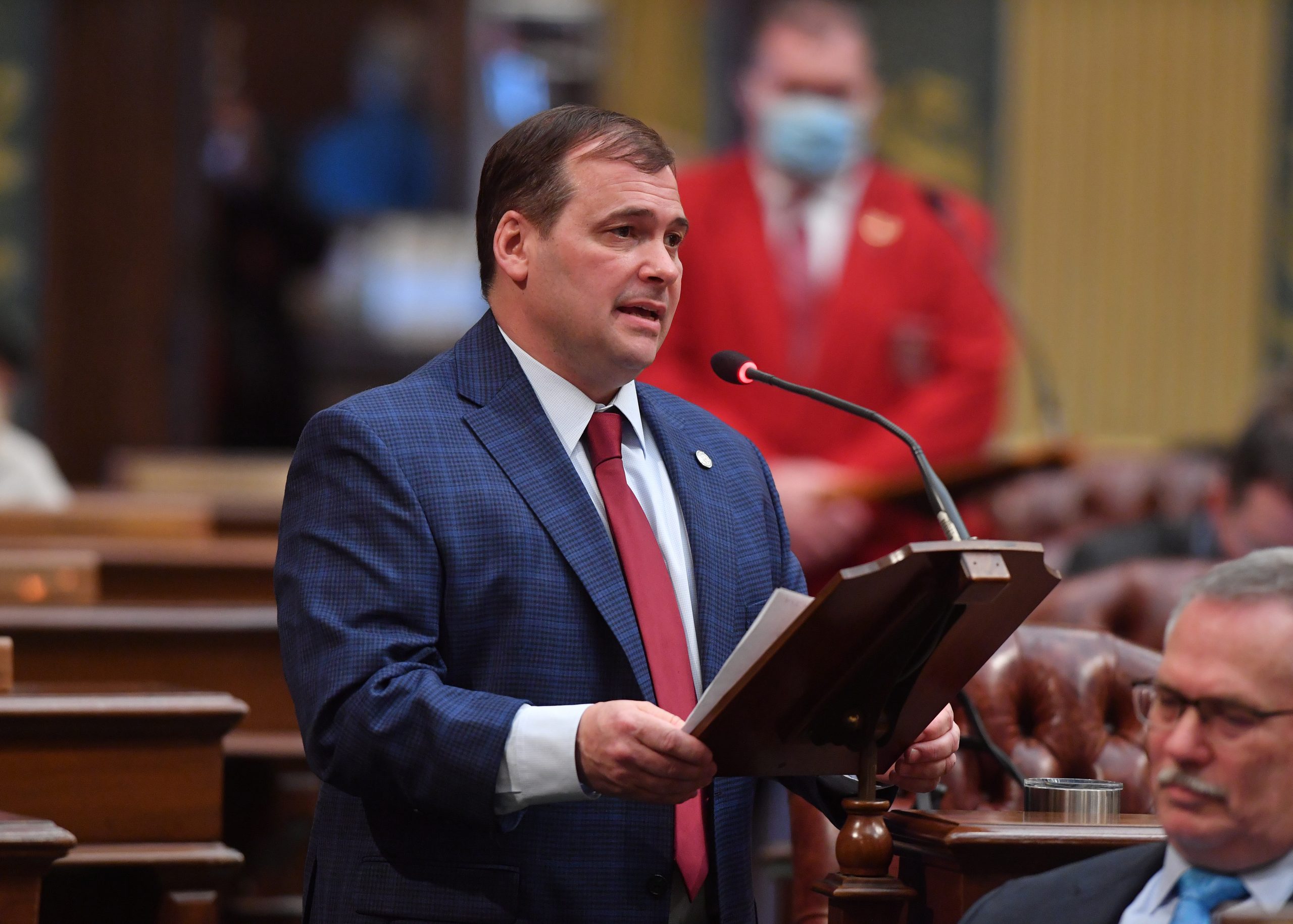 A plan first proposed by state Rep. Timmy Beson to provide relief to businesses hurt the most during the pandemic was signed into law by Gov. Gretchen Whitmer today.

The $409 million relief program for afflicted businesses is included in Senate Bill 85, which received bipartisan support in the Legislature. The governor rejected a similar plan introduced by Beson earlier this year.

“Though the pandemic turned our world upside down, small-business owners and employees are working hard, like they always do,” said Beson, of Bangor Township. “They’re getting back up on their feet, but they’re still limping after Gov. Whitmer’s orders. At last, the governor has agreed to give a little relief to support recovering businesses.”

Businesses such as restaurants, fitness centers, entertainment venues, nurseries, barber shops, and hotels that experienced at least a 5% decline in sales in 2020 compared to 2019 will be eligible for relief. Newer businesses that were closed or partially closed by state order will also be eligible. A business’s property taxes, unemployment insurance taxes, license and inspection fees, and decline in sales would factor into the amount of each grant.

“This is a win for local businesses in Bay County — businesses that took heat from the governor and her administration,” Beson said. “Small businesses paid taxes and fees into the system, but couldn’t put their property or licenses to work the way they normally would. They really need the relief that is finally coming their way.”

The relief plan contained in SB 85 was adapted from a similar proposal contained in Beson’s House Bill 4047, which passed the House and Senate with overwhelming bipartisan support in March. Whitmer signed the bill, but she removed the afflicted business relief using her line-item veto authority.

Shortly after the governor’s initial rejection, the Legislature passed another bill containing Beson’s relief proposal. The governor vetoed the bill, which had also received bipartisan support.

After the U.S. Supreme Court on Thursday stayed the federal Occupational Safety and Health Administration’s mandate that workers at large employers be vaccinated or regularly tested for COVID-19, state Rep. Timmy Beson, of Bangor Township, today issued the following statement:

Rep. Beson, who owns a family market in Bay County, says his focus in 2022 will be on helping small businesses across the state, noting those businesses have an impact on their communities and their young people.