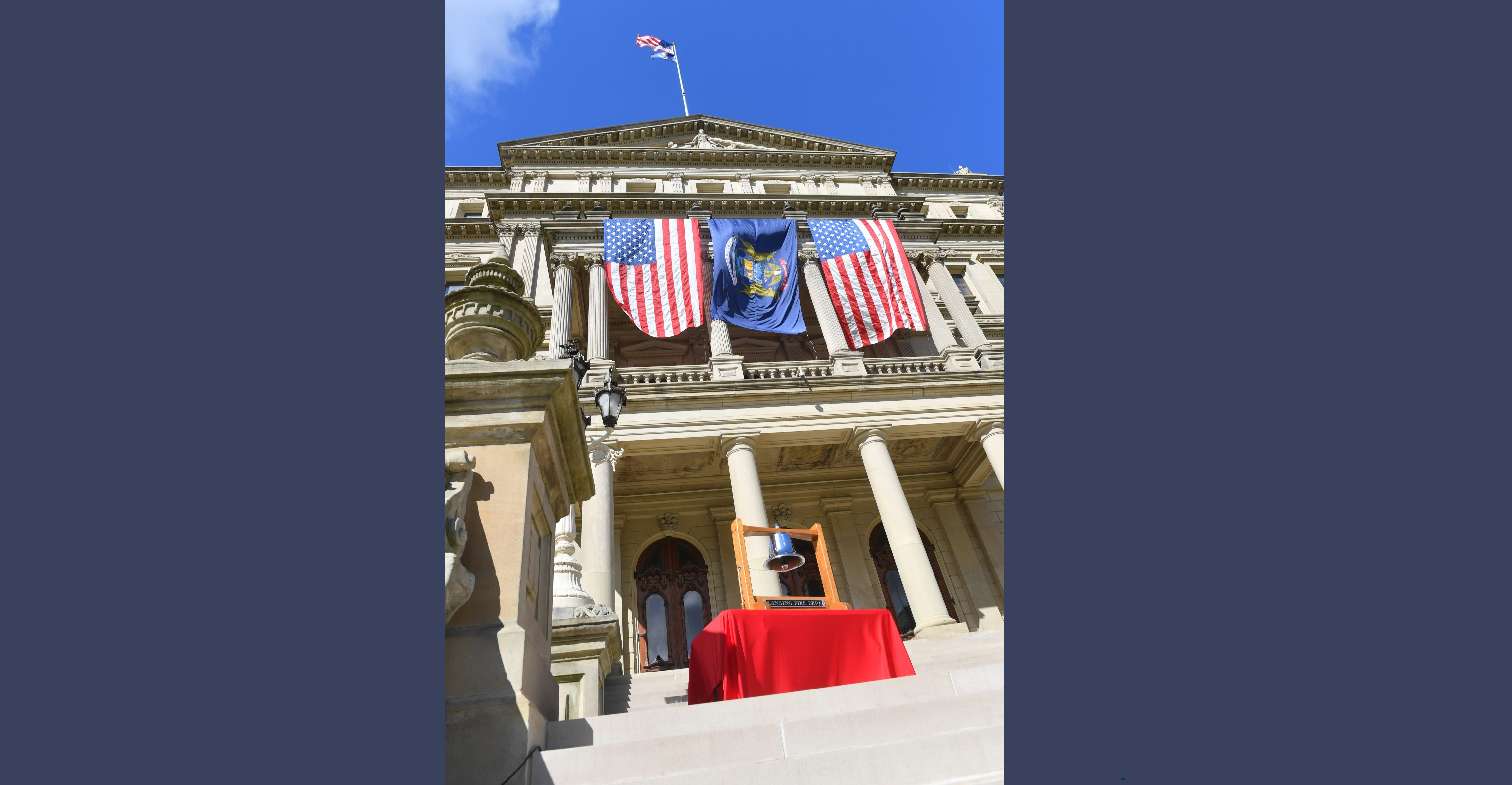 Jerry Self, of Wellston, passed away from COVID-19 complications in January after contracting the virus while responding to a call as an emergency medical service provider. Self worked for Norman Township in Manistee County as a medical first responder and was part of the fire department and ambulance crew.

“Mr. Self put his life on the line to help the lives of others,” said O’Malley, of Lake Ann. “That kind of act shows the kind of person he was. Even with the presence of a highly transmissible virus and having to interact with multiple people through his job, he still stepped up to do the job.

“It’s important to remember and honor his courage and bravery, as well as the sacrifice of every first responder across our state when they put on their uniform.”

The annual 9/11 ceremony commemorates the Sept. 11, 2001 terrorist attacks while memorializing first responders like Self and members of the military from Michigan who died in the line of duty over the past year. Usually held within the House chamber during traditional session, this year’s ceremony was held on the front lawn of the state Capitol in Lansing with legislators reading the names of fallen first responders and military heroes aloud.

RELATED POSTS
COLUMN: A time to be thankful

Rep. O’Malley talks about House Bill 5190, which would modify the Michigan Merit Curriculum to include successful completion of a half-credit course in personal finance as a graduation requirement. Currently, students must take two full credits of a language other than English to graduate. The bill would adjust this requirement to 1½ credits in conjunction […]

Advancing legislation makes renewed commitment to shipping industry A plan from state Rep. Jack O’Malley charting a course for investment into Michigan maritime commerce was overwhelmingly approved recently by the Michigan House. House Bill 5291 would establish a Port Facility Improvement Grant program for the expansion and creation of public and private ports within the […]