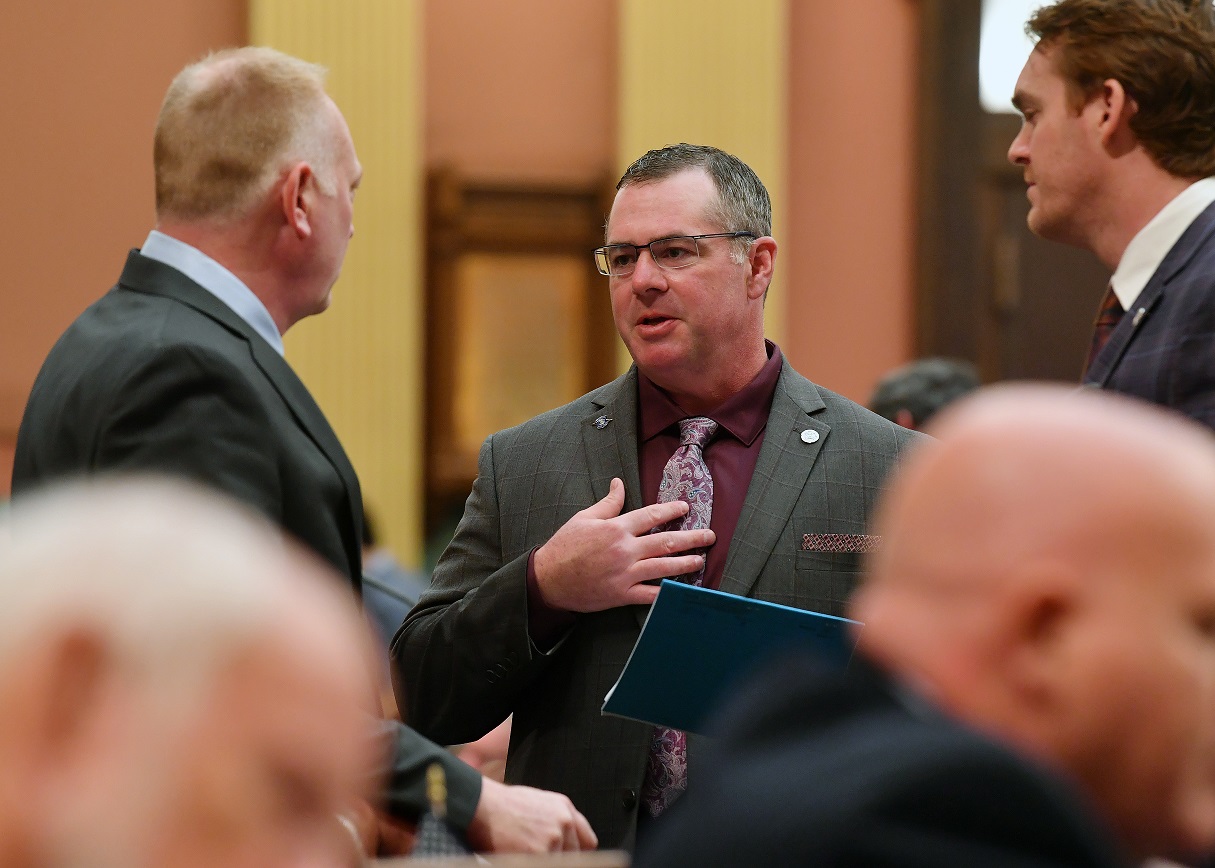 The measures, approved today with bipartisan support, include $368.5 million in funding and policy reforms to help first responders with recruitment and retention efforts, community outreach and equipment upgrades.

“The men and women in uniform who serve our communities need our support now more than ever before,” Mueller said. “The work they do is important, and we’re making them a priority.”

The revised plan is an even bigger commitment than the preliminary $80 million plan the House approved in May and the $250 million plan House Republicans unveiled last month. In the wake of the tragic school shooting in Oxford, it was expanded to add even more funding for school resource officers to work proactively with students and families – bringing the total to $50 million.

“Having resource officers working in schools builds relationships between police officers and students that wouldn’t otherwise occur,” Mueller said. “Officers become mentors and are seen as more relatable and approachable.”

The revised plan also adds more support for firefighters and EMS personnel, while maintaining its focus on public safety recruitment and retention, community outreach and equipment upgrades. A special focus is on recruiting law enforcement officers now working in other states to Michigan.

Mueller, a retired sheriff’s deputy, said the plan demonstrates a commitment to public safety at a time Michigan has nearly 4,000 fewer law enforcement officers than during the 2001 terrorist attacks. There are hundreds of unfilled positions across the state.

“Extremists who attack law enforcement and push the ‘defund the police’ narrative have driven officer morale to an all-time low,” Mueller said. “Rather than bashing the blue, we’re standing with them and finding solutions to boost recruitment, foster trust and respect with people in the community, and make sure officers have the mental health support they need.”

Pillars of the House plan include:

Public safety personnel who miss work because of COVID-19 quarantine could be reimbursed for lost wages and leave time. An additional $7.5 million would support mental health assistance for local law enforcement, firefighters, EMS personnel and other public safety officers.

Policy changes will allow local law enforcement agencies to pay for a new recruit’s academy tuition and enter a five-year employment contract with them. If the recruit leaves within that period they would be required to reimburse the agency for a portion of the training costs based on the amount of time spent with the department after their training is complete.

Strengthening bonds in neighborhoods and schools: The plan provides $10 million in grants for community policing initiatives shown to improve relationships between officers and people in the neighborhoods they serve. The mix of community policing and mentorship that make the Police Athletic League so successful in Detroit would be expanded to other communities with a $15 million investment.

The plan now advances to the Senate for further consideration.

As our colleagues in the Michigan Legislature weigh whether to take up a bail reform proposal, we think it’s important to take a step back look at the concerning results produced by similar reforms made in states like New York and California.

State Rep. Mike Mueller this week stood up for crime victims and advocated for their rights at the state Capitol.