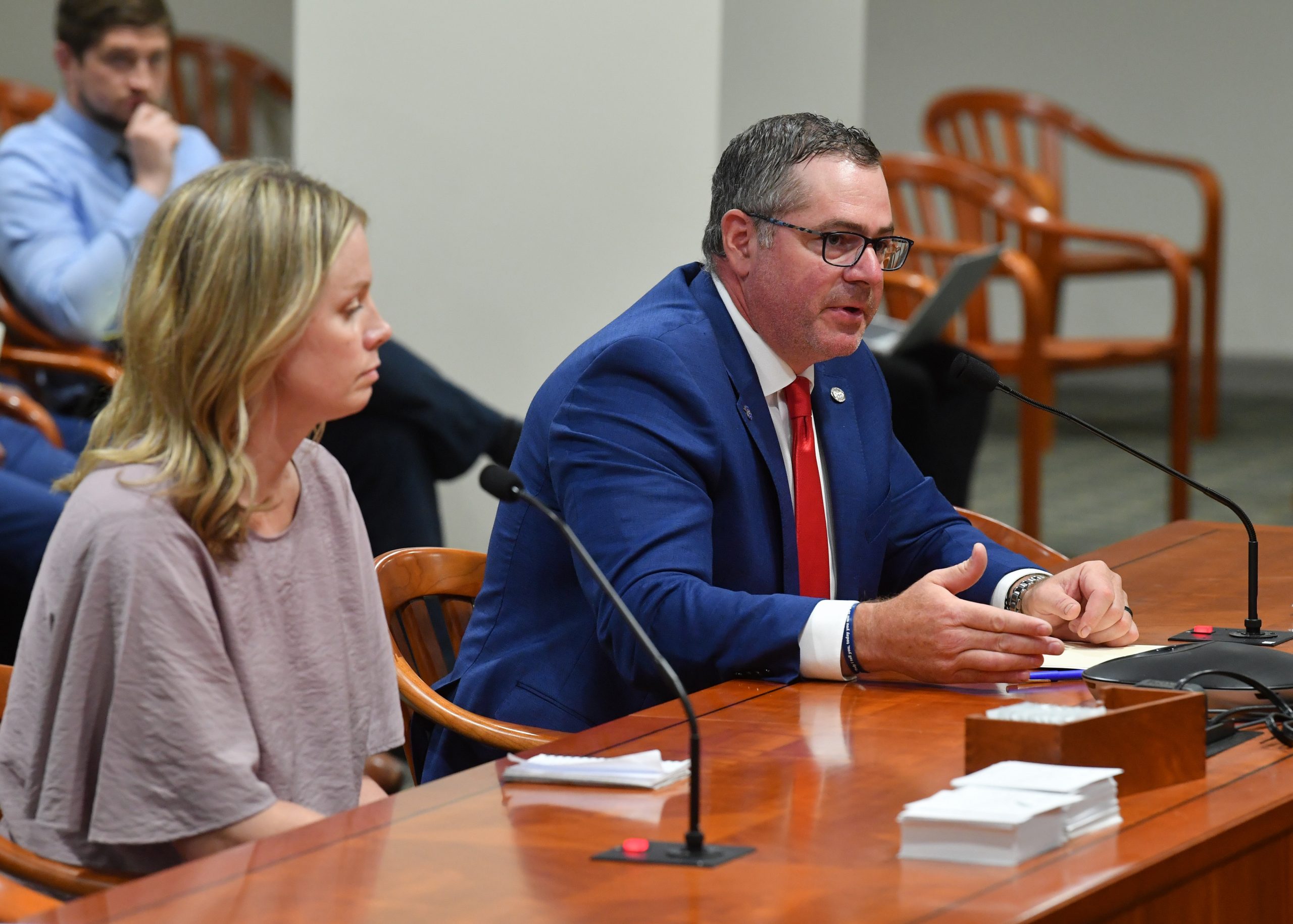 State Rep. Mike Mueller and Shelly Schupbach, who lost her son Nash to SIDS, testify in support of Mueller’s plan to put SIDS prevention monitors inside all child-care facilities in Michigan.

Mueller, of Linden, and Shelly Schupbach testified together before the House Families, Children and Seniors Committee in support of Mueller’s legislation to put SIDS prevention monitors inside all child-care facilities. The devices track the heart rate and breathing of sleeping infants.

Schupbach’s 6-month-old son Nash died of SIDS when he was sleeping at a day-care facility. Mueller, a retired Livingston County Sheriff’s deputy, responded to assist with the heartbreaking situation.

“No family should have to go through the pain and heartbreak that Shelly Schupbach has experienced,” Mueller said. “Technology is out there that, in addition to safe sleep techniques, should be utilized to help protect infants while they sleep. You just can’t put a price on a human life.”

About 3,400 SIDS deaths occur in the United States each year, according to the Centers for Disease Control and Prevention. A large portion of SIDS deaths can be attributed to accidental suffocation and strangulation while in bed.

“The biggest emotion you have when your child is gone is guilt,” Schupbach said. “I had two different professional people tell me during all of this that sometimes babies just die. And I could get behind that if we were doing everything possible to prevent it. We have air bags and seat belts in cars. I’ve worked in a nursing home; we have monitors on the beds in case residents fall. Why wouldn’t a baby have a monitor for their heartbeat when they’re in day care? They’re our most vulnerable, but they’re easy to silence because they’re voiceless.”

House Bill 4543 would ensure that all licensed child-care facilities in Michigan have and utilize SIDS prevention monitors for each infant who is 9 months or younger.

“This is a really important bill. It will save lives,” Schupbach said, noting that Mueller was on scene just two minutes after the 911 call was placed by Nash’s child-care provider. “I look at that and think, ‘What if that reaction had happened sooner?’ That call came to Mike 20 minutes too late. I want that call to come earlier and give my baby a chance – to give that first responder a chance to actually help my child.”

The legislation remains under consideration in the House Families, Children and Seniors Committee.

“Local law enforcement officers need better resources and more financial support to keep our communities safe. That’s why I worked with other former officers in the House to put together an $80 million plan we announced last spring focused on attracting new talent to the profession, developing the skills of existing police officers, funding important services like road patrols and community policing, and offering mental health support.