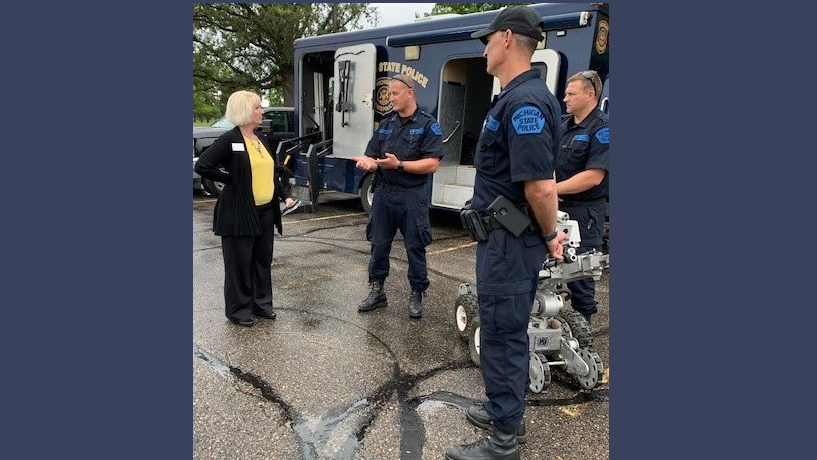 At the ceremony, the facility’s hazmat training yard was dedicated to former Midland resident and Dow Chemical engineer Jim Burnside – widely recognized as a pioneer in this type of training. Burnside passed away in late May.

“Jim Burnside was a trailblazer in the field of hazardous material response training. Our communities are safer and better protected as a result of his work,” Glenn, R-Midland, said after attending the event at the Michigan State Police complex in Dimondale. “It’s a fitting tribute that his name is officially and formally connected to this facility.”

Michigan’s hazardous materials training center, founded with Burnside’s leadership, was the first of its kind in the nation. It fulfills a unique role training first responders in both the public and private sectors.